Papua and the Label of Terrorism

Putin draws a ‘red line’ on Ukraine, and he means it

All that is on the right: will a new large group succeed in the EU?

Austrian diplomats, Who needs them?

Fear of Government, fear of War, fear of oppression

Brussels (27/4 – 20).      The renowned independent Levada polling institute presented 21 April a survey on the major fears of Russians(opens in a new tab). The institute asked the question “To what degree do you fear X”, X being the object of fear. The respondents were given alternatives ranging from “I do not fear whatsoever” to “I do permanently fear”. The survey has been performed annually since 1994.

Top position among fear assumes the probably universal fear for illness among friends and family. This is the top anxiety of 91 per cent of the respondents. 74 per cent fear occasionally or permanently that they will be struck by illness or suffering personally. This fear assumes fourth position among the top-5 fears among Russians. Fear of death occupies the 10th position.

If those two fears are deeply rooted in a universal human experience, the three other fears among top 5 reflects the political situation in Russia:

Studying the historical dynamics of the fears gives further insight. The fear of a World War had a historical minimum in 2015. Since then, the fear has grown steadily to the current levels. This is mirrored by an intensive campaign in Russian state media, suggesting an imminent western attack on Russia: State TV claim the West is waging a war against Russian civilization, or encircling Russia with “Russophobic regimes”.

The fear of arbitrariness and repressions show similar dynamics: a steady growth since 2015. Here, one can also note the fact of an increasingly hard-handed Kremlin response to popular discontent among Russians.

A general conclusion of the survey: The Russian people fear the Government much more than they fear death. 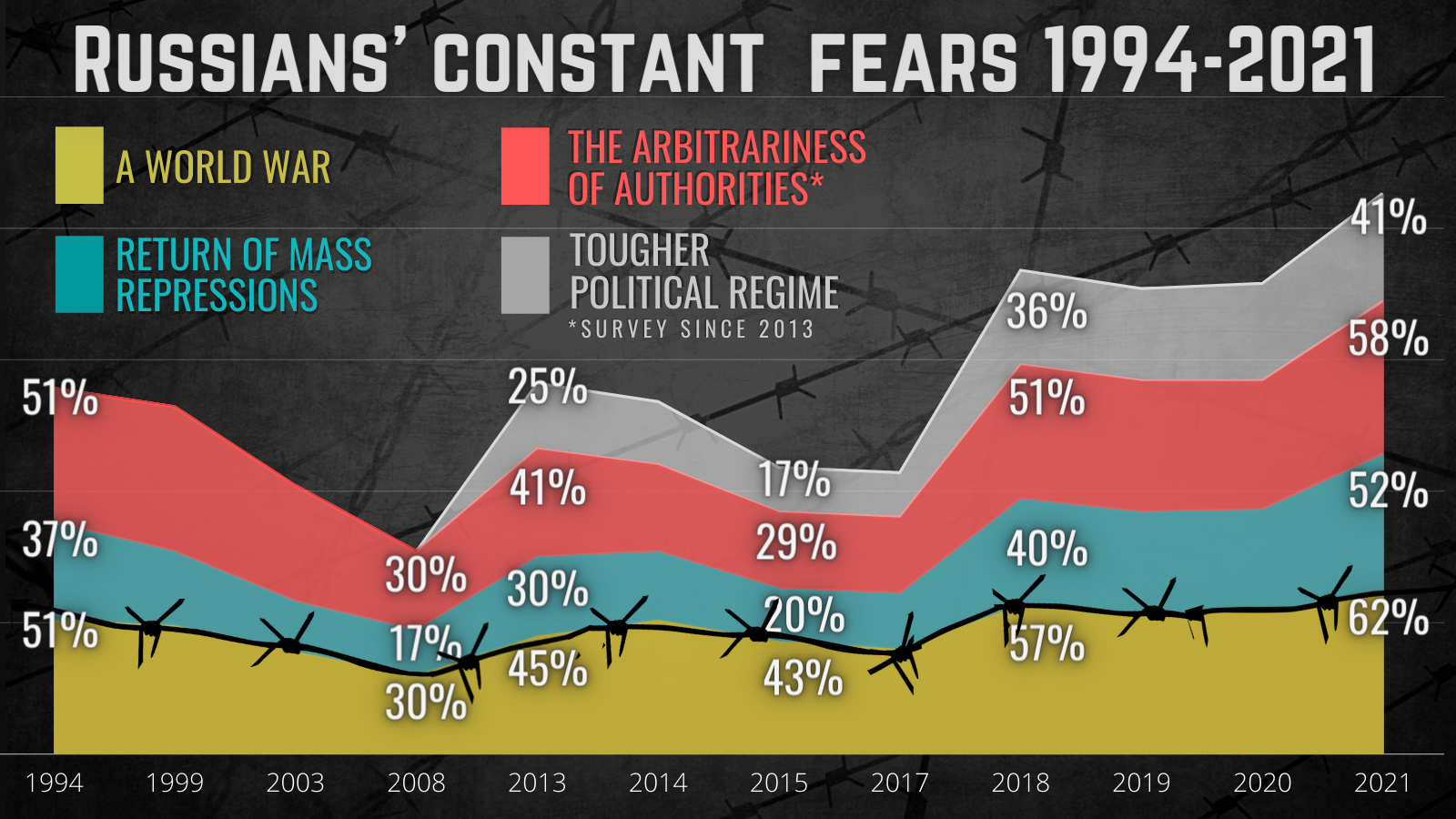 Papua and the Label of Terrorism